Just this past year I was fortunate enough to spend some time learning a little bit about the Jewish faith and life here in New Orleans. A friend of mine whom I met through another mutual friend invited me to shabbat earlier this year and I was thrilled to attend. It was a great experience for me and I was totally enamored by the conversations and the passion each person showed for their faith. During our conversations, the organization Avodah came up along with the work of one of the New Orleans faction members Sammy Bosalavage. I remember them briefly describing the work the groups do as well as some of what Sammy was involved in.

Sammy, a graduate of Tulane, played a huge role in the care and advocacy of Glenn Ford. For those of you who don’t know, Glenn Ford made history as the longest-serving inmate on Death Row/Angola, Louisiana to be exonerated (source : Justice for Glenn For website). Glenn was just one of the benefactors of the work that Sammy and the rest of the team at Avodah assist each year. Below you’ll find a video with a bit more information about Avodah as an organization.

Below you’ll find the rest of Sammy’s profile and photos from our shoot around City Park and under her favorite Nola spot. Sammy and the folks at Avodah are an inspiration to me and I hope they’ll be able to continue doing great and meaningful work throughout the city.

1. What have you learned about New Orleans through your work?

Through my work I travel around the state, driving clients’ family members to Angola so they can visit with their incarcerated loved ones. Ironically, I learned more about New Orleans by traveling outside of it than i did while attending Tulane university. I had the opportunity to travel to cities like Shreveport and rural areas like Winnfield and New Iberia. I have developed a deeper understanding of how unique New Orleans is as a progressive city in the deep South. I was recently walking through Angola with a guard, and upon hearing that I live in New Orleans, he turned to me and asked, “Do you pack?”. It took me a moment to realize he was asking me if I carry a gun. When I replied no, he gave me a glaring look that clearly communicated his opinion of me as young and naive. His next comment was “you know, that’s where we get most of our garbage”. I instantly knew he was referring to the prisoners, and all I could do was smile and nod. It was deeply upsetting and still shocking for me that this man’s view of New Orleans is only informed by the carefully crafted narrative many other Louisiana residents tell themselves: primarily that New Orleans is a depraved, sinful, dangerous and violent city. For those who live here, New Orleans is so different from that restricted view. For me, New Orleans is the place that saved Glenn Ford. He was arrested and convicted in Caddo parish, a place that sentences more people to death per capita than any other county in America. While Caddo tried to take Glenn’s life, New Orleans worked to save it. New Orleans houses the Capital Post Conviction Project of Louisiana and the New Orleans Innocence Project, the two organizations that helped Glenn prove his innocence and walk out of Angola. Once outside of Angola’s gates, another New Orleans’ organization, Resurrection After Exoneration, helped Glenn by providing him with a place to live and other critical resources he needed. And finally, New Orleans was the place where Glenn’s life was ultimately and most beautifully honored and remembered through his funeral. His funeral was the most ineffable, fantastically New Orleans experience I have ever had the privilege to be apart of. Famous Jazz musicians, Mardi Gras Indians, and social justice warriors came together with Team Glenn to honor his life. That is the New Orleans that I know and love.

2.  What do you want people to know about the issues (criminal justice, prison, etc…) that you work on?

By now, most people who listen to the news know that the United States incarcerates more people per capita than anywhere else in the world. For the first time in my lifetime, sensible criminal justice policy is becoming a bipartisan issue, and while I am still cautious, I am definitely grateful for this moment. We have 2.2 million people incarcerated in the United States and 65 million people with a criminal record.  That is 65 million individuals who have been released from prison and are now trying to be successful citizens while navigating the obstacles inherent with having a criminal record in our country. I want people to have an understanding of the humanity that lies within these statistics and the stories of those who have been subject to it. Everything about the criminal justice system is structured to dehumanize those who are unlucky enough to be caught up in it. One such person was a client of mine who was fortunate enough to re-enter society after 40 years of incarceration. While I was enthusiastic about his release in the days before his hearing where it became official, the moment he got out, the overwhelming emotion I think we both felt was fear. He walked out of the gates of Angola after spending 40 years there and got into the car to drive away. The first obstacle he encountered was putting on his seat belt. While benign enough, this moment represented the numerous difficulties that were to come in the next hours and days. The first crisis we dealt with was acquiring insulin. He is a diabetic and Angola had been giving him insulin twice a day for a couple of years. He was released without any medical records or insulin at 9 pm at night when he typically got his first dose at 5 am. He was expected to have the resources to find insulin without any money, medical records, insurance, or ID other than the state-issued one from the DOC which many agencies do not accept. This is the type of story most people do not think about when they consider our criminal justice system from afar, but this is the story of millions of Americans who do not have the privilege to be ignorant about our system’s destructive side.

3. Who is one person in New Orleans who has really shaped your experience of the city?

Mercedes Montagnes, my supervisor at the Promise of Justice Initiative (PJI), has shaped my experience of the city because she motivated me to stay here after graduating from Tulane. It was only by living and working in the city this year that I have come to a deeper understanding of New Orleans. The first time I saw Mercedes was at a conference at Loyola Law School about prisoner advocacy. Mercedes spoke on a panel about her work at PJI litigating against the inhuman conditions on Louisiana’s death row, specifically, the insufferable heat the death row inmates experience throughout the summer. When I realized that Mercedes’ organization, the PJI was a placement for AVODAH, I knew I wanted to work there. Because of her inspiring talk, I stuck around in the city another year and got to experience life outside the ‘Tulane bubble’. Beyond this initial motivation, Mercedes introduced me to Glenn Ford and the experience of being on Team Glenn that will forever be a part of my association with this city.

4. Who is someone you’ve met through your work that everyone should know?

John Thompson, “JT”, is an exonoree who spent 18 years in prison, 14 of them on death row, until evidence of his innocence came to light. A jury awarded him $14 million but the Supreme Court ultimately reversed the decision in his case against the District Attorney’s Office. Since his release, JT started a nonprofit organization for other exonorees called Resurrection After Exoneration (RAE). The mission of RAE is to promote reform-minded leadership among those who have been imprisoned by assisting them during their transition process to ensure a successful reentry, and by empowering exonerees to confront and reform the system that victimized them. JT is an incredible person for all the reasons listed above, but I got to experience him in the unique circumstance of caring for Glenn Ford. JT and Glenn knew each other from death row and when Glenn got out, JT was there for him unconditionally. I respect and admire JT and hope more people will learn about the incredible work he does to support those who have been victimized by the system.

The Chime tree in City Park next to the Big Lake. Sitting underneath the oak tree strung with wind chimes feels magical. There is a special set of vibrations that totally consume you when you sit beneath it. 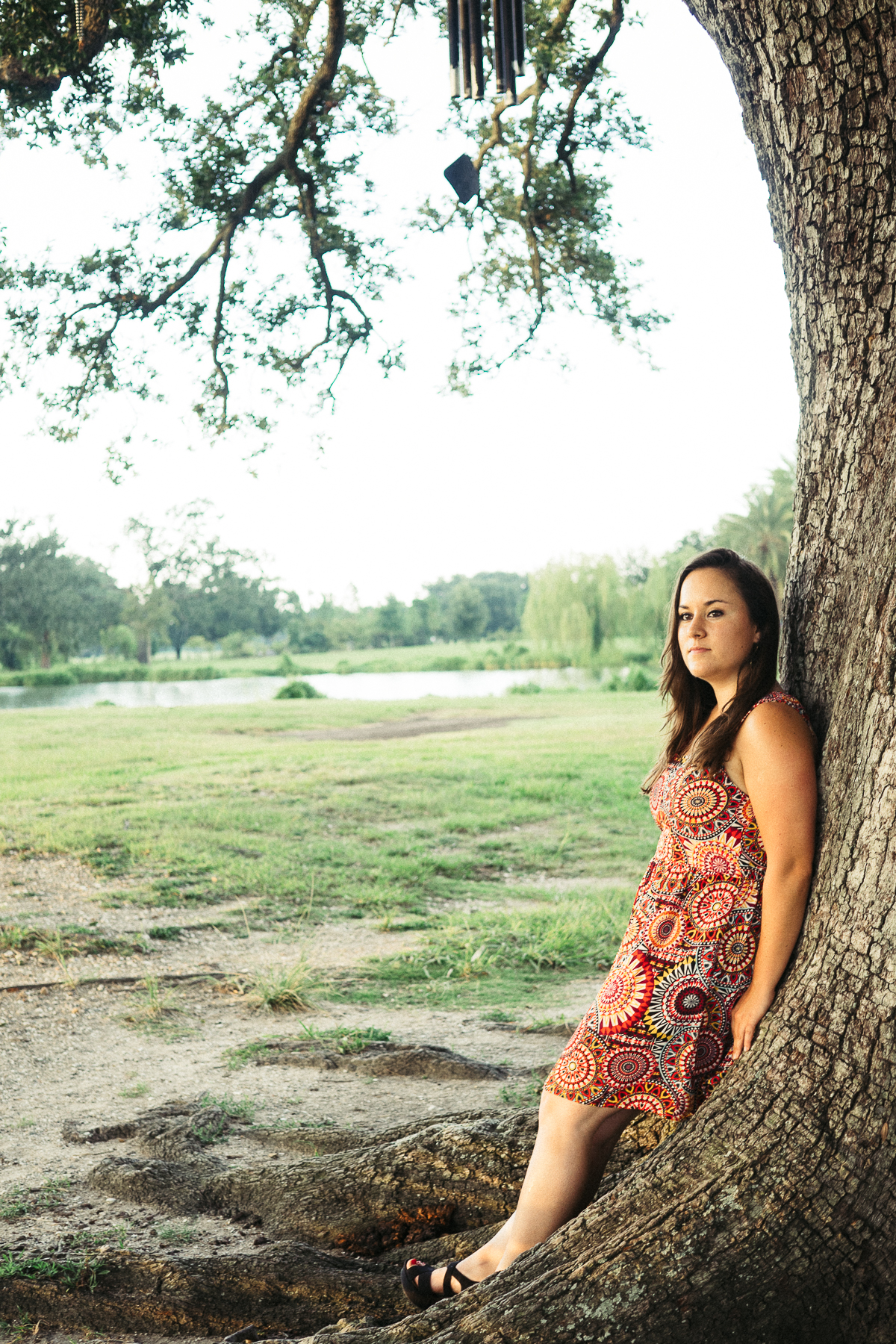 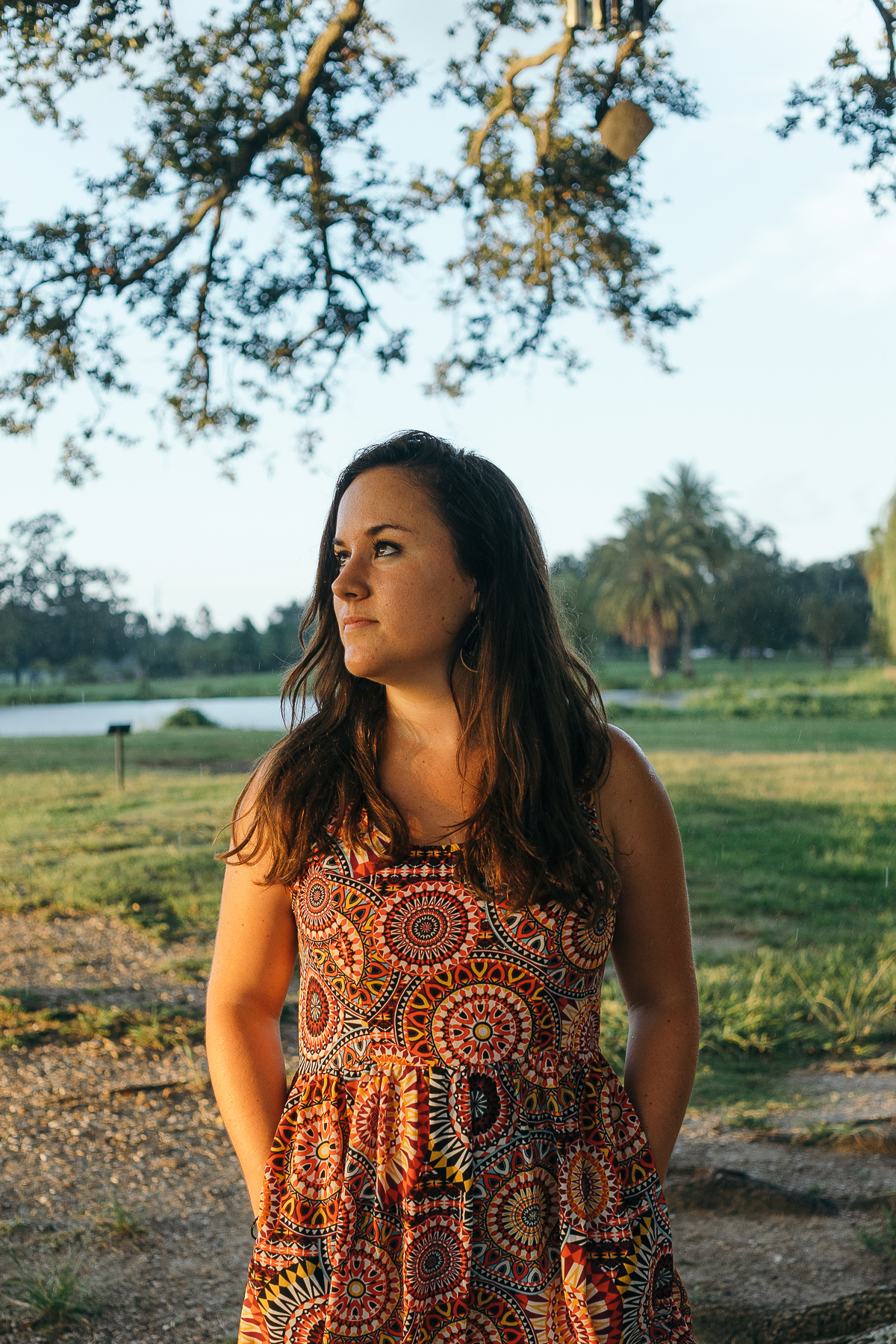