A few years ago, during whatever storm we were hunkering down for, I remember watching the 10 o’clock news on WWL Channel 4 as it began to roll in. That current storm was the news of the day and was on everyone’s mind.

The live reporter that night was Tania Dall. Within minutes of the broadcast, they sent it out to Tania for the latest updates. I have to be honest it always seems super unfair to be the person who has to stand out there and do their best Jim Cantore impression. Frankly, I’m not sure if I could do it. The wind was wild and crazy, the rain was sideways, and Tania was the truest definition of trooper. Better yet, she was a soldier that night. She smiled and deliver the message without fail or allowing the weather to ruin her vibe. Ever since then I’ve been a fan.

Tania who has worked abroad and all over the US as a reporter, has been with the WWL team since 2011, and is also a weekend anchor with Channel 4. Her bio here could not fit her more perfectly :

“Tania Dall is an Emmy-nominated Anchor/Reporter with WWL-TV (Ch 4) who tries not to take herself or life too seriously. You can catch her work weeknights and Saturday evenings at 10 pm. To stay in the know on local news happenings or random tweets about elephants, follow her on twitter: @taniadall”

I was so thrilled to walk around the Marigny getting to know and photograph her. Below you’ll find more pics from our shoot as well as the interview with her… 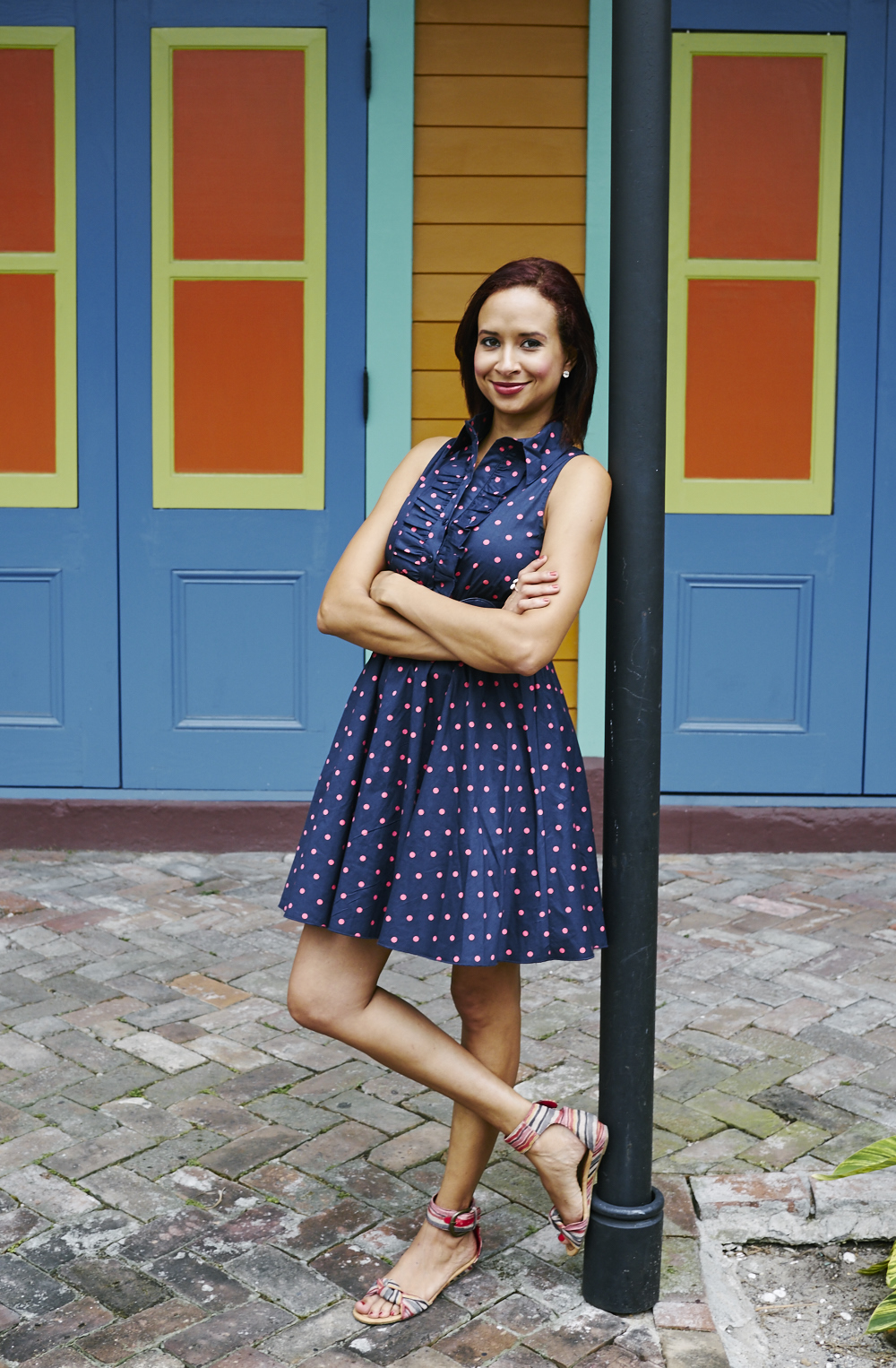 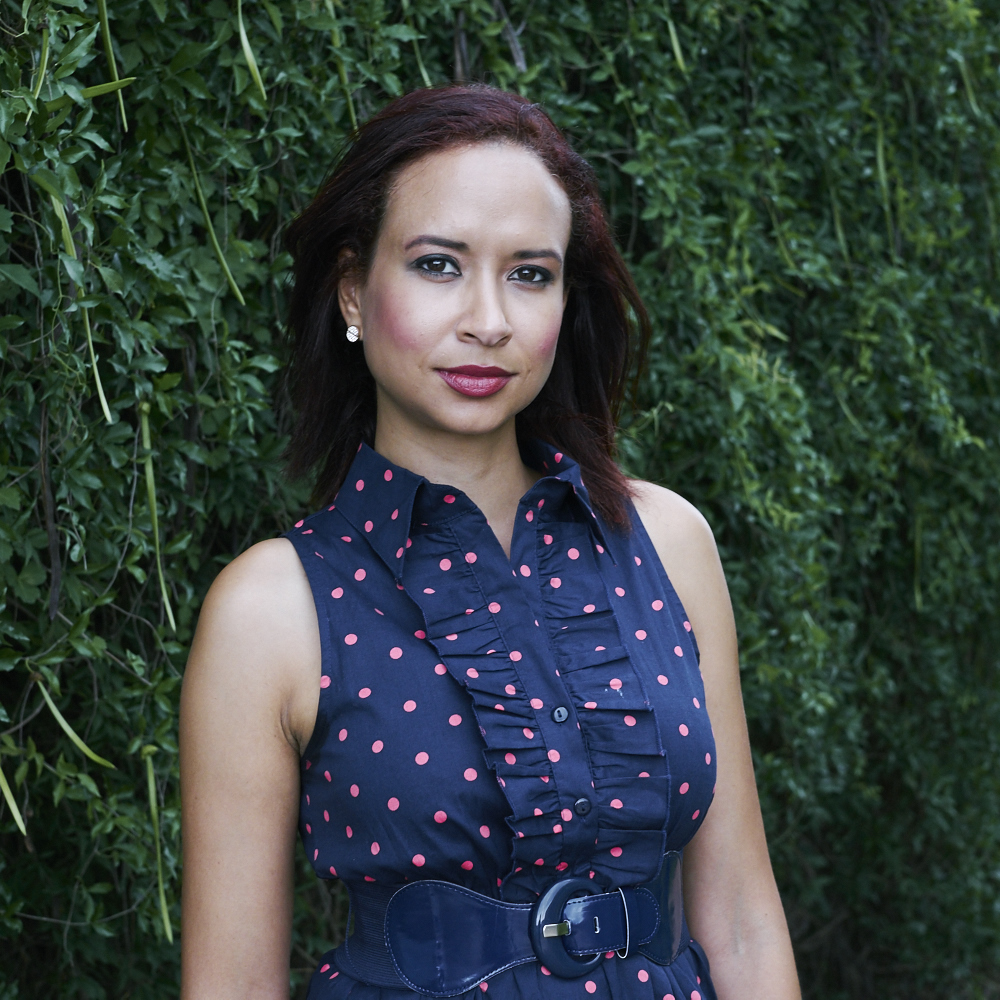 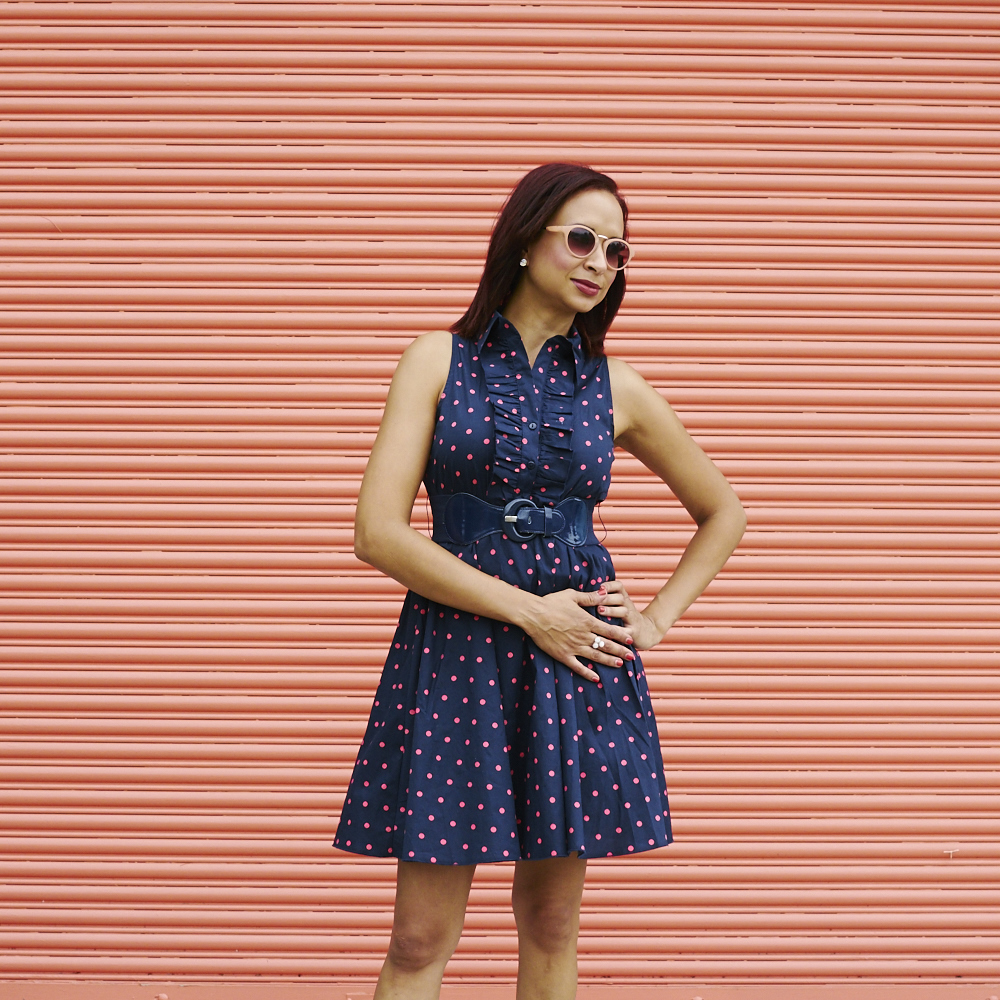 The city’s resilience and unwavering loyalty to tradition blows me away every day. We’re constantly bombarded by this idea of replacing, upgrading and searching for something “better” in modern society. But, New Orleans is one of those cities where people embrace the good and bad, for better or worse. I think Katrina helped solidify that sense of pride along with the city’s deep historical roots.

2) The city has it’s struggles, but what’s a story you can tell us that always helps to keep your faith in people here in Nola?

I don’t have a specific story but carnival season helps me keep my faith in this City and humanity as a whole. When I’m not covering parades or working Mardi Gras Day, I get to sit back and watch from the side lines. People watching is one of my favorite past times (yeah, not in a creepy way)…

Its still mesmerizing to see how young and old are transformed by costumes, floats, glitter, and throws. Especially at night parades, when you can step back and watch people from all over the City come together. Strangers, shoulder to shoulder extending their arms high up into the air and reveling in the magic —  it’s almost like time stops in that moment. I’m even part of a Krewe now and getting to see those smiles from a different vantage point is priceless. When you cover a lot of the City’s struggles as a journalist (murder/crime/corruption/natural disasters, etc.) seeing people come together in this inclusive way renews my faith.

I’ve spent my entire life moving all over the country and world.  My parents actually immigrated to the United States when I was young (I’m originally British-Swiss-Zambian).

About eight years ago, before making New Orleans my official home, I was driving across country with my life packed inside my car. First stop was New Orleans to visit my cousin. I knew right away I’d be back. This City called out to me from day one. Here, complete strangers will make you feel like you’re one of the family with a simple hello on the street or an invitation to come enjoy a fish fry or cold ice tea. As a journalist, hitting the streets daily and talking to people about their lives, being invited to tell their personal stories, I see that sincere welcome.

I may have a slight crawfish addiction. Even placed third in this year’s French Quarter Festival Rouse’s Crawfish Eating Contest in the media division. When organizer’s announced my name it sounded like a record skipped. Don’t ask. It happened. I even have a trophy sitting proudly on my desk in the newsroom. It makes me snort laugh sometimes. Yes, I snort laugh. Oh did I say, I enjoy crawfish? A lot.

5) What’s the one New Orleans song you identify with the most?

“Do Watcha Wanna” by Rebirth Brass Band because that’s how I roll.
I’m ever so grateful to New Orleans for teaching me two valuable lessons: to enjoy life more and worry less.  When signs are proudly displayed everywhere reminding us: “to be nice or go home”, you know you’ve found home in the right City.