It’s quite ironic that in the same city where the po-boy was invented, there has really never been a legit outpost for a real deal Philly Cheesesteak sandwich. Furthermore, it’s ridiculous that the closest thing to a cheesesteak could only be found in malls around the city. It’s sad actually that the handful of times I had one of those poser sandwiches, I just wanted to eject myself into the river.

Of course like most things around town, change has come. A few years ago, Liberty Cheesesteaks( 5031 Freret Street, New Orleans, LA 70115 / PH 504.875.4447) took over the OG Dat Dog location on Freret Street and have brought the true cheesesteak experience to Nola. Their slogan, as you see below, is “Philly Grown, Nola Home”and they have certainly brought it down home. 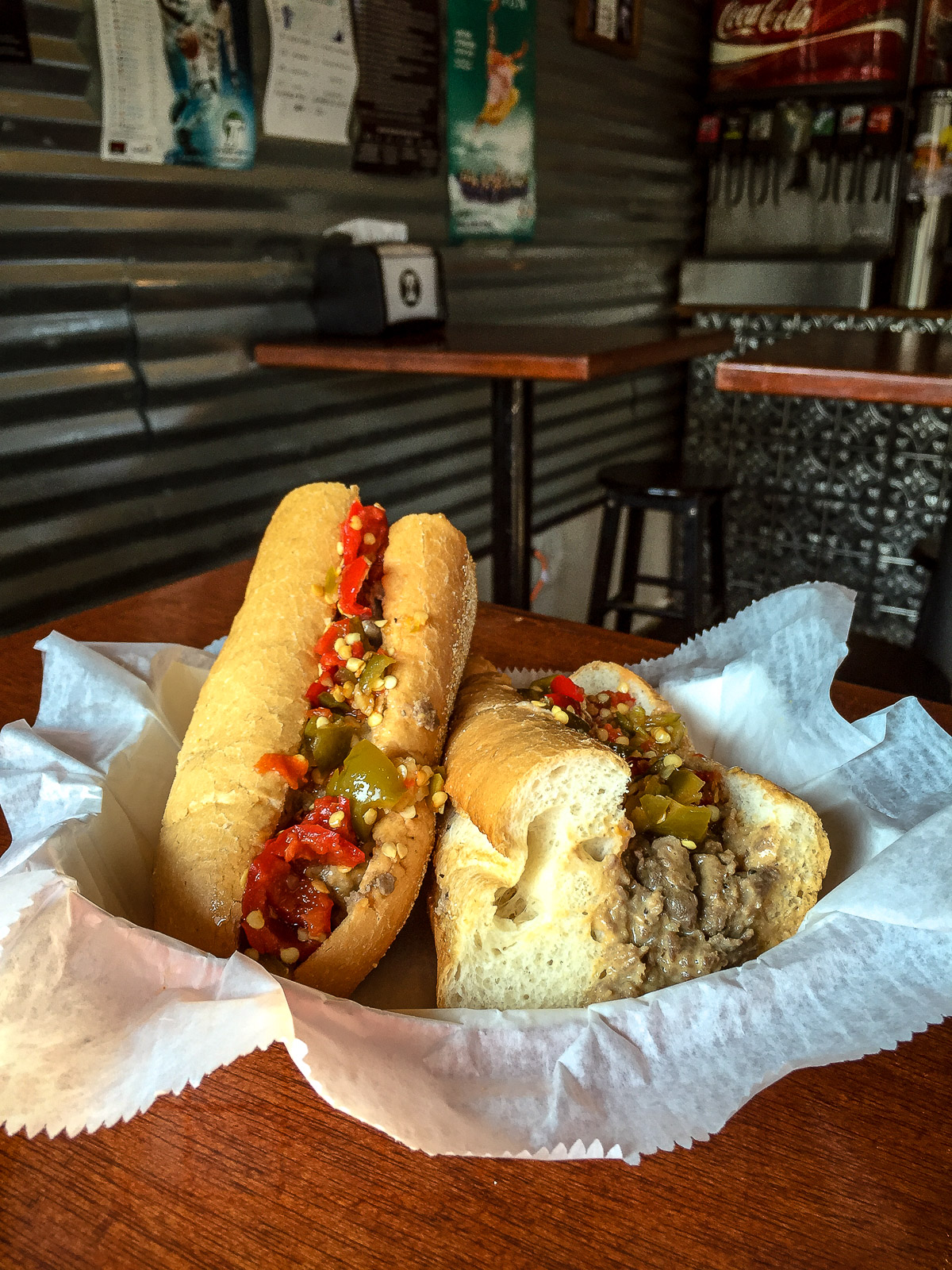 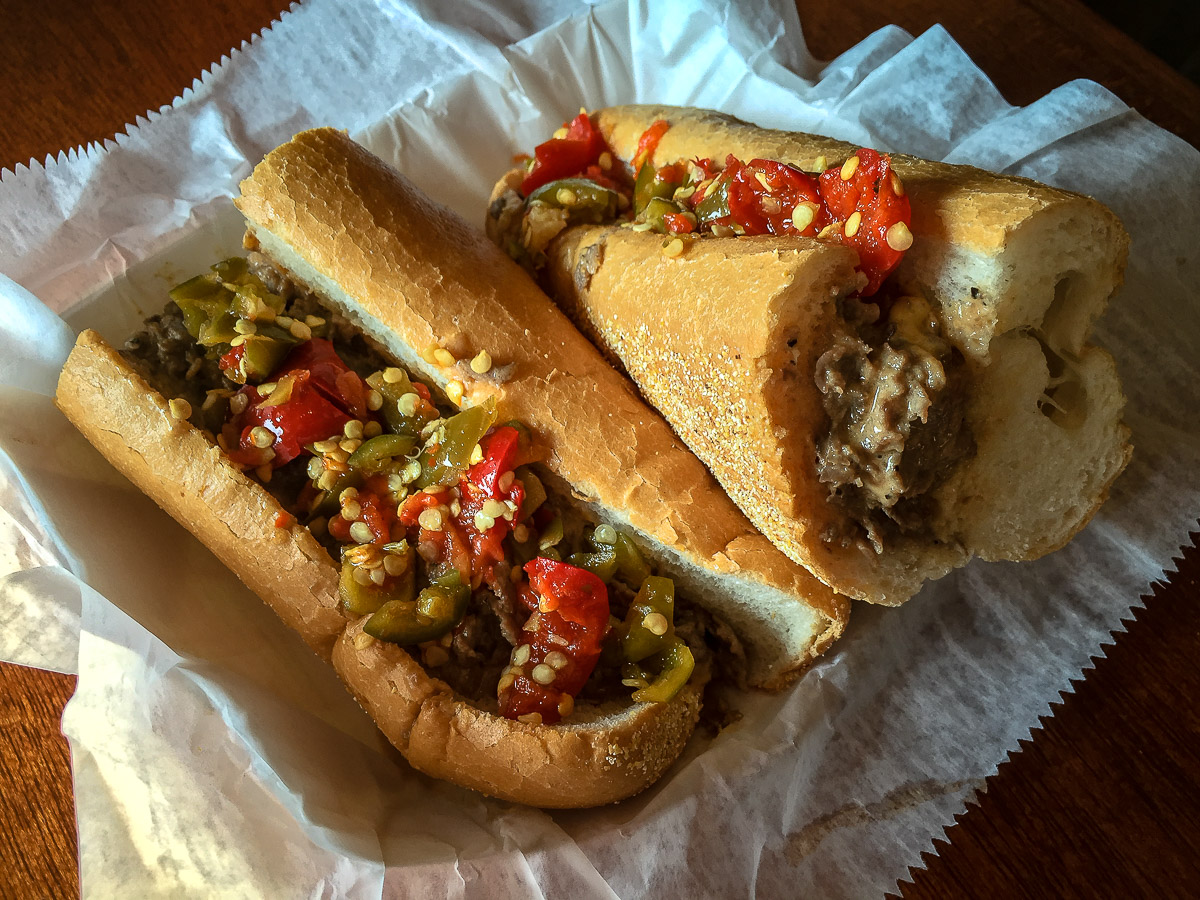 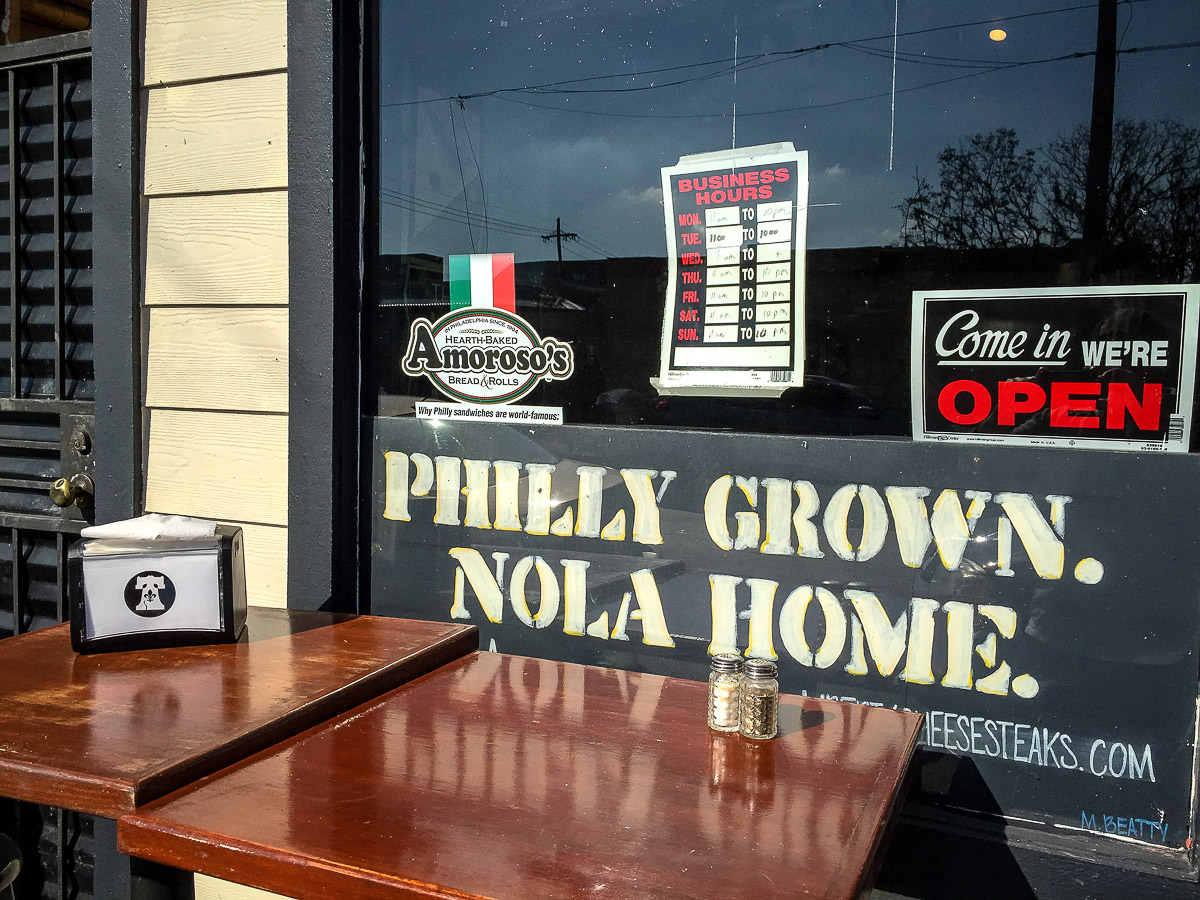 Never having been to Philly, I can only imagine how rabid the locals get when it comes to their favorite cheesesteak depot. The two biggest and well known spots in Philly are famous for being right across the street from each and border on being compared to many passionate food debates we have around Nola.

I had my first Liberty experience last year in between a few shows at Gasa Gasa and I was  truly impressed. I had heard the only way to actually experience a cheesesteak was with “wiz”, and I couldn’t resist. I mean, thinly sliced and grilled steak tossed and coated in a special blend of cheese wiz,couldn’t have been any further from the shit they serve in the mall.

The delivery vehicle for the carnage is considered a roll and they come direct from Amoroso’s in Philly. Just as legendary as Bunny and Leidenheimer, the roll is somewhat soft by nature and the dripping wizzed-out meat softens it even more. The thing I really dig about the roll is that most of the goodness stays in the roll and doesn’t require a shit-ton of napkins. Just this week I went by there for lunch and kicked it up a bit by adding a few sweet hot peppers on top of the whiz and it turned out to be a great combo. To be honest, I always gravitate towards the traditional, but Liberty offers nearly a dozen variations along with fries and special sauces. Liberty Cheesesteaks is one of those transplanted spots that has really done a great job integrating such an iconic sandwich and making it Nola.