I find myself intentionally lost in the Bywater quite often as of late. Some of the best kept secrets in New Orleans food and otherwise are kept off St. Claude. Besides the fact that it’s an up and coming area, I dig that it’s the nouveau bohème. There is something special and unique about the Bywater.

Always the consummate burger fiend, a good friend of mine sent me a link to an article written about Elizabeth’s and how decadently simple their burgers were. With a hankering and an empty stomach, I decided to give it a try.

My friend and I drove up and grabbed a prime levee parking spot and walked towards Elizabeth’s (601 Gallier Street New Orleans, LA 70117 / 504.944.9272) corner store entrance. The buildings facade facing the river is sparcely covered with folk art signs proclaiming their hours of operation as well as a preview of what’s come.

We got there at the perfect time and grabbed a window table as the restaurant filled up. I knew we were there to peep out their burger, but what we found was far better than my imagination could dream up. The “Dream Burger with Praline Bacon & Blue Cheese”.

I read each word back and forth and few times and proceeded to have a Guy Ritchie style ultra fast montage movie moment in my head as to what It would be like to eat such a thing. Elizabeth’s is widely known to have the best Praline Bacon anywhere, and to combine it with richly melted blue cheese is something of a dream. 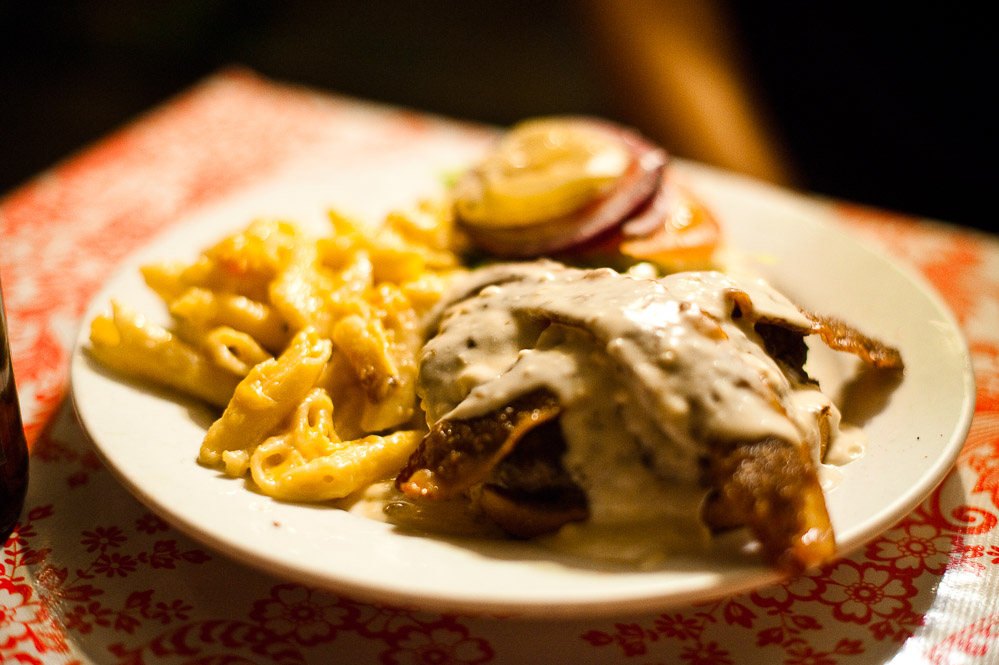 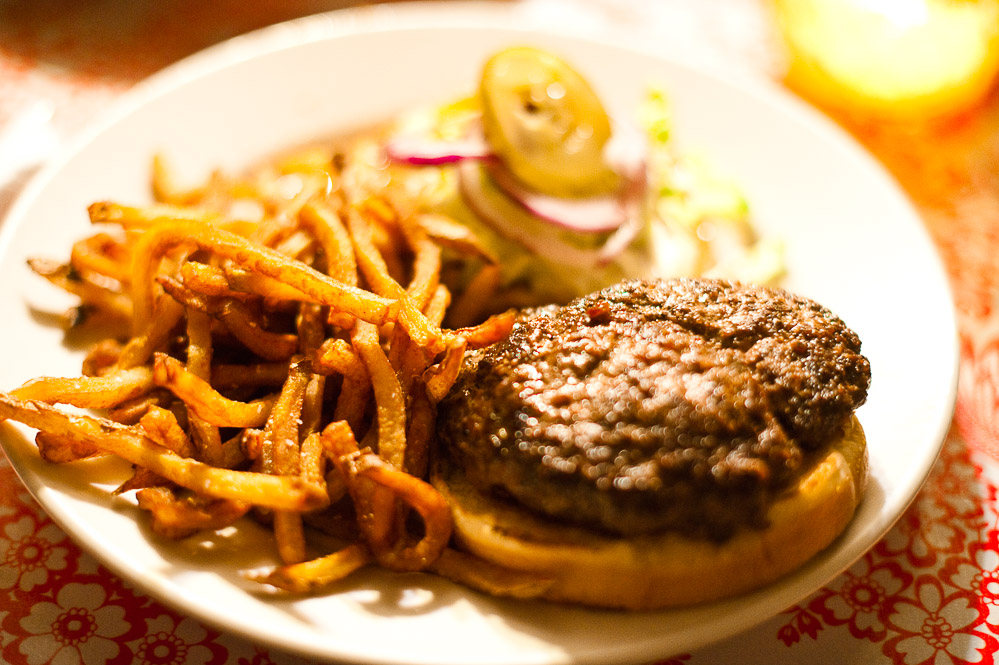 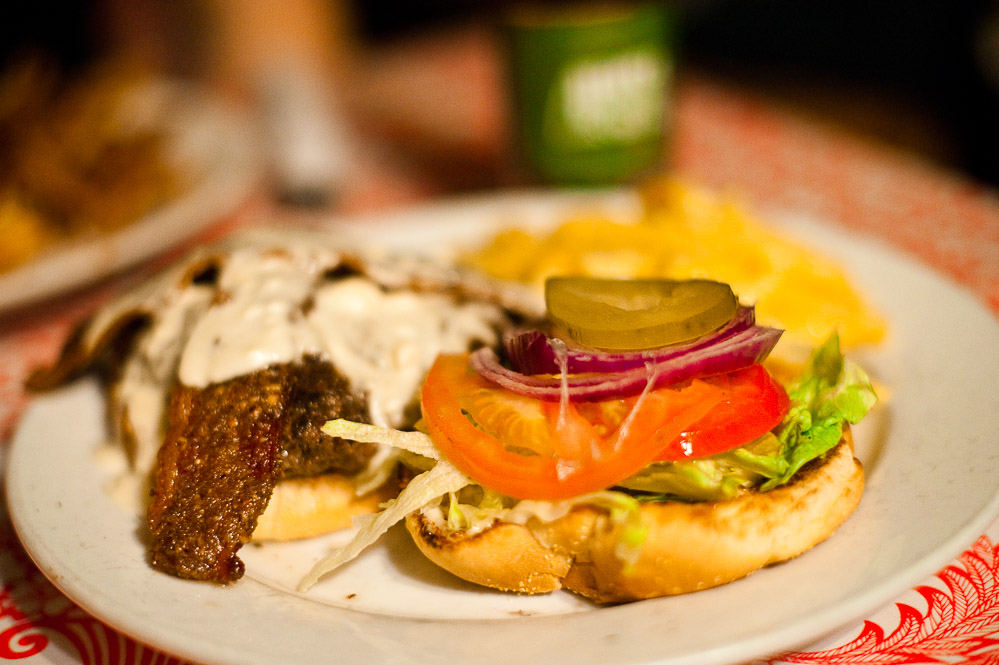 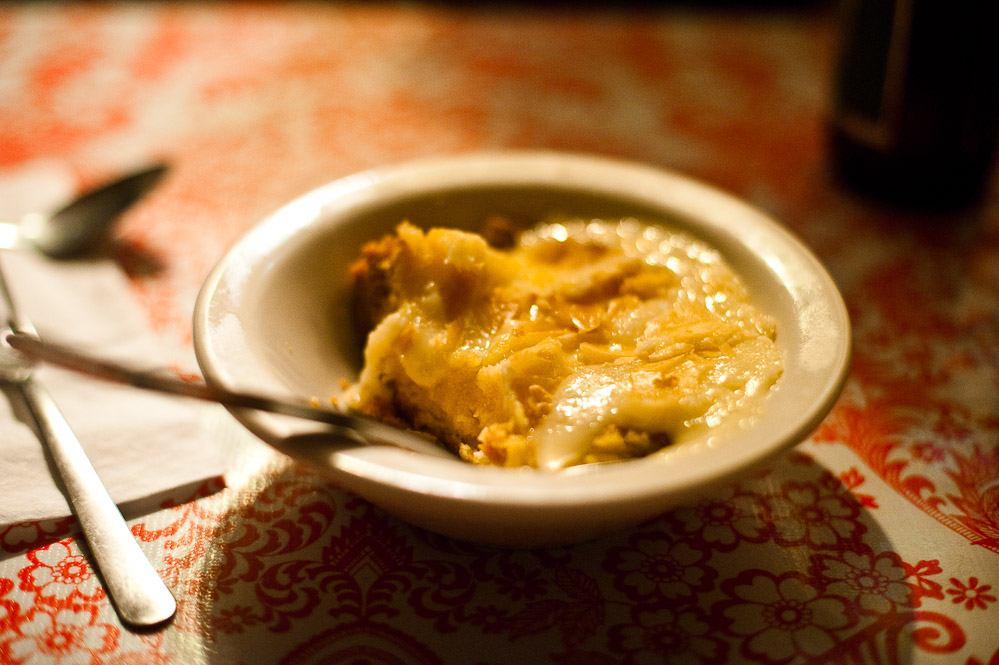 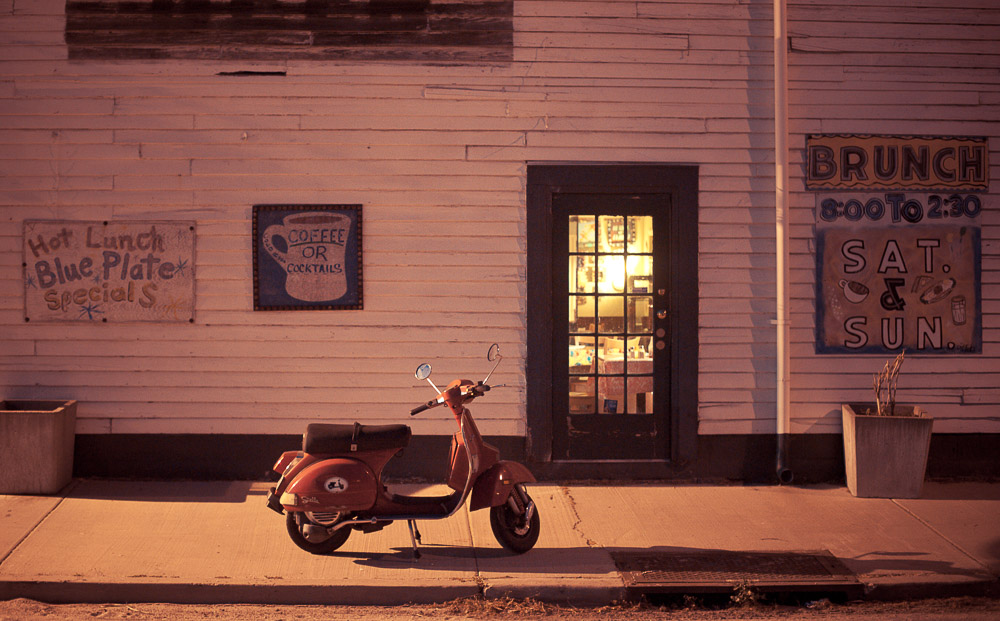 We decided to order one reggae burger and one “Dream” burger. I chose the french fries and my friend chose the mac and cheese.

Our burgers arrived quickly alongside fresh Straw-bitas. For several seconds we sat still trying to decide if we truly wanted to split and share. Of course, I ordered the non-dream burger and began to stair. Snapping out of it, we halfed each burger and traded sides.

I snacked on a few fries while contemplating which half I would grab first. I took a few bites of the regular burger only to prolong the inevitable…devouring the dream. One bite in, I had already decided I was going to take the other half home for lunch. I reached over and grabbed the dream. The slightly spicy flavor of the meat contrasted well with the crunchy sweetness of the praline bacon, while the texture and sharpness of the blue cheese completed the moment. Bite of the burger, a few fries, and a generous swig of Straw-bita, then repeat, is exactly how the rest of the meal went. As an afterthought, I tasted a bit of the mac and cheese, which was good on it’s own, but paled in comparison to the decadent dream burger.

With the Joe the Plummer burger packed away in styro for lunch, we decide to cap the night off with an order of “ooey-gooey”. For those who are unaware, “Ooey Gooey” is basically a butter cake concoction topped with a sweet confectionary topping. It so reminded me of my mother’s old school peach cobbler without the fruit. The perfect finnish. Elizabeth’s is one of the main reasons why The Bywater is so important to our city.